In Russia, we started with a visit to Saint Petersburg. This beautiful city houses a large number of scientific research institutes. Then, we traveled to Moscow, the capital of the largest country on Earth. Several tech companies surround the city, in fields including electronics and aerospace engineering.

Many companies such as Samsung, LG and Hyundai inhabit the South Korea's capital Seoul, which is also home to nearly half the total population. Furthermore, we visited places such as the industrial city Deajeon and the port city Busan. Finally there is Jeju island, the Hawaï of Korea: a beautiful volcanic island that was well worth a visit. 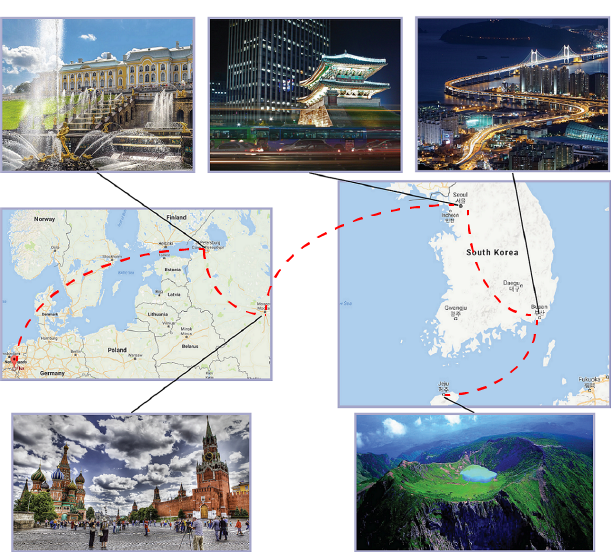